Flooding has become more than a headache

Iowa has become a national leader in flooding.

According to the Iowa Flood Center, there have been 951 flood-related presidential disaster declarations in the last 30 years. Every one of Iowa’s 99 counties has had at least four, some as many as 17, presidentially declared flood disasters. We are the fourth most flooded state in the nation. Flood-related property losses exceed $13.5 billion (yes, with a B) and counting.

And it’s only going to get worse. Why? Because our concept of flood control is flawed.

If we want to reduce flooding, we have to create a landscape that has the capacity to hold the water that falls on it for long enough to keep the streams and rivers from overflowing. We also need to give our rivers places to expand into when they have excessive amounts of water to carry off such as in wet years like this. Building flood walls and taller levees is not flood control. Such things only protect the patch of real estate behind them. It’s like taking Advil for a chronic headache. It does nothing to address the tumor that causes it. 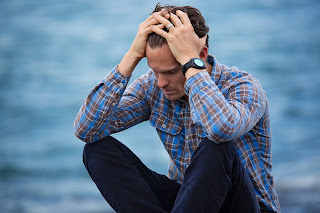 Don’t get me wrong, I’m glad we have a flood wall. But if everyone up and down the river built taller walls or levees, we’ll just see higher floods.

Think about a watershed like a bathtub. The faucet is all the sources of runoff that come from the landscape within that watershed such as storm drains, tile lines, ditches, creeks, and tributaries. The more runoff it gets, or the faster that runoff reaches the rivers, the faster the rivers have to flow. But there’s a limit to their capacity. If, just like the drain in your bathtub, those rivers can’t carry the water away fast enough, they rise.

Before rooftops and concrete and storm drains, water filtered off the land slowly, much of it getting taken up by vegetation. Before we constructed entire cities in floodplains, or built floodwalls, or constructed levees, rising rivers would expand out laterally into their natural floodplains. But since we’ve walled so much of those areas off, rivers have no choice but to rise vertically, just like your bathtub when it can’t drain fast enough. Leave the water on long enough and eventually the water gets too high and your house floods. And $13.5 billion dollars later, the best solution we’ve come up with is to buy a taller bathtub.

What we need to do is turn down the faucet.

Look at the communities upstream from us that serve as Burlington’s “faucet” sources. The Iowa River runs right up to Iowa City. Since 1990, Johnson County has grown by over 50,000 people. The Cedar River, which feeds into the Iowa, runs up to Cedar Rapids. Linn County has added 55,000 people to its population. The Des Moines River just to our south can be traced to its namesake city in Polk County which has added over 150,000 residents. That’s a lot of rooftops and concrete and storm drains running water to rivers faster than ever. Add to that tens of millions of acres of increasingly intensive agriculture and our flood headache turns into a full-blown migraine.


So what do we do? First and foremost, we have to accept that floodplains are for floodwaters. It’s fine to levee off and farm all that flat, fertile ground. But when waters reach a certain height, they need to be allowed to expand into a floodplain. That, or they rise to catastrophic levels that cost us billions. Ag operations throughout the watershed also must include ways to slow the rate at which water reaches rivers in the first place. Field buffers, grassed waterways, cover crops, and a slew of other practices would help with this. As would wetlands and retention ponds.

Incidentally, these are the same things that, if widely adopted, would fix Iowa’s dismal water quality.

Urban areas need to realize that those highrises they build at the edge of rivers are a bad idea. And all those rooftops and concrete parking lots throughout the watershed accelerate water straight to storm drains and then directly to the nearest tributary or rivers.

In cities, permeable surfaces, greenspace, wetlands, ponds, and reservoirs need to be integrated into development plans. Imagine if there were a number of several-acre water bodies scattered throughout town. Not only would it be good water retention, but there’d be great recreation benefits too. Now imagine water recreation areas abundant throughout Iowa’s cities, towns and counties.

Some of these things are being done already. It’s simply a matter of scale. This year I think is a stark reminder that we need to really ramp up our planning and investment in the things that actually reduce flooding, rather than just walling off the symptoms.

Because nobody likes a migraine.

This is a modified piece that originally appeared in my "Living Land" column in The Hawk Eye.

Like these posts? Subscribe here to get future Outdoor Executive Dad posts sent right to your inbox. 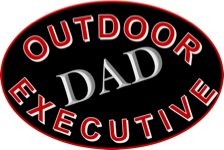